How Much Can You Save With National Debt Relief? Get My Free Quote

How Much Can You Save? Get My Free Quote

Your credit score is an up-to-date snapshot of your financial life. In the United States, there are three major credit bureaus that compile and issue credit reports for consumers. Virtually every American adult has a so-called FICO credit score.

FICO credit scores range from a rock-bottom reading of 300 to a pitch-perfect score of 850. Of course, the majority of Americans fall somewhere in between these two. Scores below 620 are generally considered to be fair or poor. Although 620 is not a hard-and-fast benchmark, scores in the mid-600s or higher are generally regarded as acceptable or good. Scores greater than 750 are considered to be excellent. 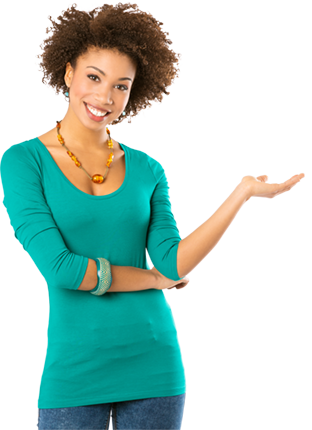 Your information is Secure

If you’re reading this, there’s a good chance that you’re grappling with a significant amount of unsecured debts. These debts often come with high interest rates and relatively low spending limits. This means it can be especially devastating if you use unsecured debt such as credit cards and personal lines of credit irresponsibly. As your debts mount and you consider taking drastic action to keep your financial house from collapsing, you’ll want to consider how each of your debt-relief options could affect your credit score over the long term.

If you’re unable to get rid of your debts by adhering to an aggressive payment schedule, getting a debt consolidation loan or using a credit counseling service, you’ll have two principal debt-relief options: debt settlement and bankruptcy. Both of these methods of debt relief will seriously affect your credit score. Unfortunately, a temporary reduction in your credit score is the necessary price of a fresh financial start.

Bankruptcy is a powerful debt relief tool. When you declare Chapter 7 bankruptcy, the bulk of your assets may pass into the control of a court-appointed trustee for division among your creditors. Since your secured creditors may be entitled to seize or sell the assets that secure their loans, you may not escape from the Chapter 7 bankruptcy process with your car or house.

Since bankruptcy will stay in your credit reports for seven or 10 years, it’s not advised that you do this except in the direst of financial circumstances.

Your credit score is essentially a “risk profile” that exists to predict how likely it is that you’ll make poor financial decisions. As such, a “surprise” bankruptcy declaration that blindsides your creditors will affect your score far more than debt settlement, which is a more expected situation that can come when you’ve accumulated multiple delinquent loans and maxed-out your credit cards.

If your credit score is 800 immediately before your bankruptcy, it could drop by as many as 250 points. If your credit score was a more modest 600, it might drop by only 150 points. Of course, the end result of either scenario is the same. In either case, you’ll find it far more difficult to procure reasonably priced loans, low-interest credit cards and lines of credit.

Why debt settlement could be better

For several reasons, many financial professionals consider debt settlement to be a superior alternative to bankruptcy. One of the principal reasons is the relatively mild effect it has on the typical borrower’s credit score.

There are plenty of additional reasons to choose debt settlement over bankruptcy. Whereas bankruptcy immediately becomes a matter of public record and remains open to discovery by your future employers and lenders, debt settlement is an accepted practice that shows you did as much as you could to repay your debts.

The debt settlement process also tends to wrap up within two to four years and may successfully wipe away thousands of dollars in outstanding unsecured debts. By contrast, the consequences of bankruptcy will remain for years. During that time, you may be unable to obtain a car loan, credit card or bank account.

Another significant difference between bankruptcy and debt settlement is what’s required to rebuild your credit score. After debt settlement the most important thing you will need to do is first make regular payments. This is probably the most significant factor in rebuilding your credit score. In fact, 35% of how your credit score is calculated is based on the timeliness of your payments. This means that if you don’t get back on a payment schedule you’ll never be able to rebuild your credit back up to the level that you would want. You need to make payments on time and in full every single month for years as it takes time before your score will rise.

Second, you’ll need to pay down your new balances and as quickly as possible. Ideally when you are able to get new credit you should keep tour balances below 30% of the total limits you are able to get. If you do this, the credit bureaus will increase your score. However, if you rack up maximum charges and leave your balances there for month after month, this will have a substantially negative affect on your score.

While this may seem counterintuitive you have to have credit in order to rebuild credit after debt settlement. If you completely stop using credit cards this can actually hurt your credit score. A better option would be to open and use a small credit account, making sure you pay off the balance every month.

Rebuilding your credit score after bankruptcy

It is much more difficult to rebuild your credit score after bankruptcy then debt settlement. For one thing, you may not be able to get any credit of any kind for two or even three years after your bankruptcy. You may find that your insurance premiums have increased and you could even have a hard time renting an apartment or a house. And, of course, buying a house will be totally out of the question until the bankruptcy falls off your credit reports, which will take 10 years.

You might begin rebuilding your credit by getting a line of credit at a bank or credit union that would be secured by a savings account. This would be a great way to prove to the credit bureaus that you have changed your ways. You will again need to make sure that you use that line of credit wisely. Do this and as you move forward in rebuilding your credit you will be able to show future lenders that you reestablished yourself with mainstream lenders and this might be the most important thing you could do.

You should also get what’s called a secured credit card. The way you secure the card is by depositing money with the card issuer to secure a line of credit. You would typically deposit $300, $500 or even more if you could afford it. You use the card until your balance is exhausted at which time you may need to deposit more money depending on the card.

Of course, it’s critical that you use it sensibly, which means not overdrawing your deposit and, if required, depositing more money before you totally exhaust your balance (if required). It’s also important to make sure that how you use the card will be reported to the three credit bureaus as this is what’s required to start rebuilding your credit – to show them that you are using your card sensibly.

One of the best of these cards is the Capital One Secured MasterCard where a minimum deposit automatically gets you a $200 credit line or you could deposit more and get a higher credit line. With this card you may qualify for an increase in your credit limit based on how well you make your payments with no additional deposit required plus you can manage your account online 24/7.

A second good choice would be the First Progress Platinum Elite MasterCard® Secured Credit Card. It is good because it offers monthly reporting to the three credit bureaus and your credit line would be secured by a fully-refundable deposit of $300 to $2000 which you would be required to submit when you apply for the card. Like the Secured MasterCard you can access information about your First Progress account online 24/7.

A third good choice for rebuilding your credit score is the primor Secured Visa Gold Card. It, too, reports how you use it to three credit reporting bureaus and offers a low, fixed interest rate with no penalty rate.

In addition to getting a secured credit card there are other things you could do to rebuild your credit score. You could get a gas credit card or a store credit card from Target, Kohl’s, Sears, Staples or some other retailer. These are relatively easy to get even if you have bad credit because the sec stores are anxious to get and keep you as a customer. Do be aware that they typically come with high interest rates of 19% or even worse and very low credit limits.

You might also take out a line of credit at a bank or credit union that you would secure with a savings account. This would be another way to prove to the credit bureaus that you have changed your ways. You will again need to make sure that you use that line of credit wisely. Do this and as you move forward in rebuilding your credit you will be able to show future lenders that you reestablished yourself with mainstream lenders and this might be the most important thing you could do.

Don’t make the mistake of buying prepaid cards in the hope that this would improve your credit rating because it won’t. The reason for this is because how you use that card or cards is never reported to the credit bureaus so that there is no way for them to know how well or how carelessly you used them. Prepaid cards can be a convenient way to carry money around but they will do nothing for your credit score.

Unless you’re willing to live with depressed credit for the better part of a decade, you should strongly consider enrolling in a program of debt settlement to help reduce your debts. You’ll be glad that you did.

You're only 30 seconds away from debt relief